Texas Senator Ted Cruz roasted California officials for knocking down huge Trump lettering modeled to resemble the famed Hollywood sign, after they claimed it was dangerously distracting to freeway drivers.

Los Angeles drivers began phoning in their grievances before 7 a.m., complaining that the sign could somehow cause a brush fire. The California Department of Transportation acted quickly and took the sign down the same day.

DoT spokesperson Lauren Wonders claimed the sign was removed for safety issues, “because there were concerns about distracted driving.” By 9 a.m. Caltans disassembled and laid down the sign “so it wasn’t a visual distraction.”

The display was reportedly on private property, but it is unclear if it was installed by the property owners or an unknown party.

Republican Senator Ted Cruz chimed in to blast officials for removing the sign. “Stunning. CA govt censors free speech on private property. A blatant abuse of power for political ends,” Cruz tweeted on Wednesday. “Does anyone think they would have made them take down a Biden sign?”

The Los Angeles population is largely Democratic, making up over 51% of registered voters to Republicans’ just shy of 22%.

Does anyone think they would have made them take down a Biden sign? https://t.co/s5Zy185ith

Last week, a disgruntled liberal in costume Hulk smashed Trump’s Hollywood Walk of Fame Star with a pickaxe early Friday morning. The vandalism caused more than $5,000 in damage, but the Hollywood Historic Trust was quick to begin repairs that afternoon.

Another case of Trump Derangement Syndrome. But what would you expect. It’s California for Pete’s sake.

I keep hoping Calicrazy will secede from the Union. If that state is so right and so great, let them float their own boat for a change.

Of course, there’s the fault line that would make the mountains east of California the new west coast.

Been hoping a earthquake would take them out!

Believe it or not, get away from LA, or the Bay Area, and California is heavily conservative. Just cut out LA proper, rename it Mexico City North, and the Bay Area renaming it after a famous San Francisco district Russian Hill. Let them have their monarchies and sanctuary areas and the country on whole will be much better for it.

Well they better take down the Hollywood sign also, It may start a brush fire too!! Also the sign was on private property but they did not know if it was put up by the property owners, Well shouldn’t they have contacted them and find out before they went on private property and took it down!! 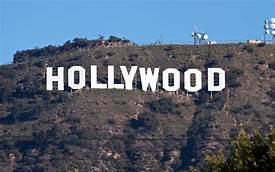 What do you expect from the commie coast, sad but not surprising

Let’s hope that the principled, efficient workers at CalTrans and their Hollywood counterparts carry through on their threat to leave the country after they lose another election. Oh, by the way, if they renounce their U.S. citizenship, they will pay approximately 25% of their assets as an exit tax to the IRS. That will help to pay all the public debt incurred recently to counteract the economic shutdown Democrat governors have inflicted on their states.

Lies to tear it down, I drive the 10 Frwy and I find the custom made advertising signs really distracting!!!!!! Tear those down?? This was on
Private property! Sue them quick!!

They should execute the people that did this. Maybe people will start behaving. Kill the little Trotsky bastards