Georgia Senate candidate (R) Herschel Walker, who used to be over 5 points below his opponent, (D) Raphael Warnock, has now closed the gap under two weeks from the Midterm elections. Real Clear Politics, a company that accumulates polling data and creates an average, now has Herschel Walker trailing Raphael Warnock by just 0.5 points. According to Real Clear Politics, “(2016 to 2020) Polls Underestimated GOP by 1.2,” which is in part how they determine their margin of error. With data showing a gap this narrow between the two Senate candidates, this race just two weeks out from the Midterm elections is truly anyone’s game. 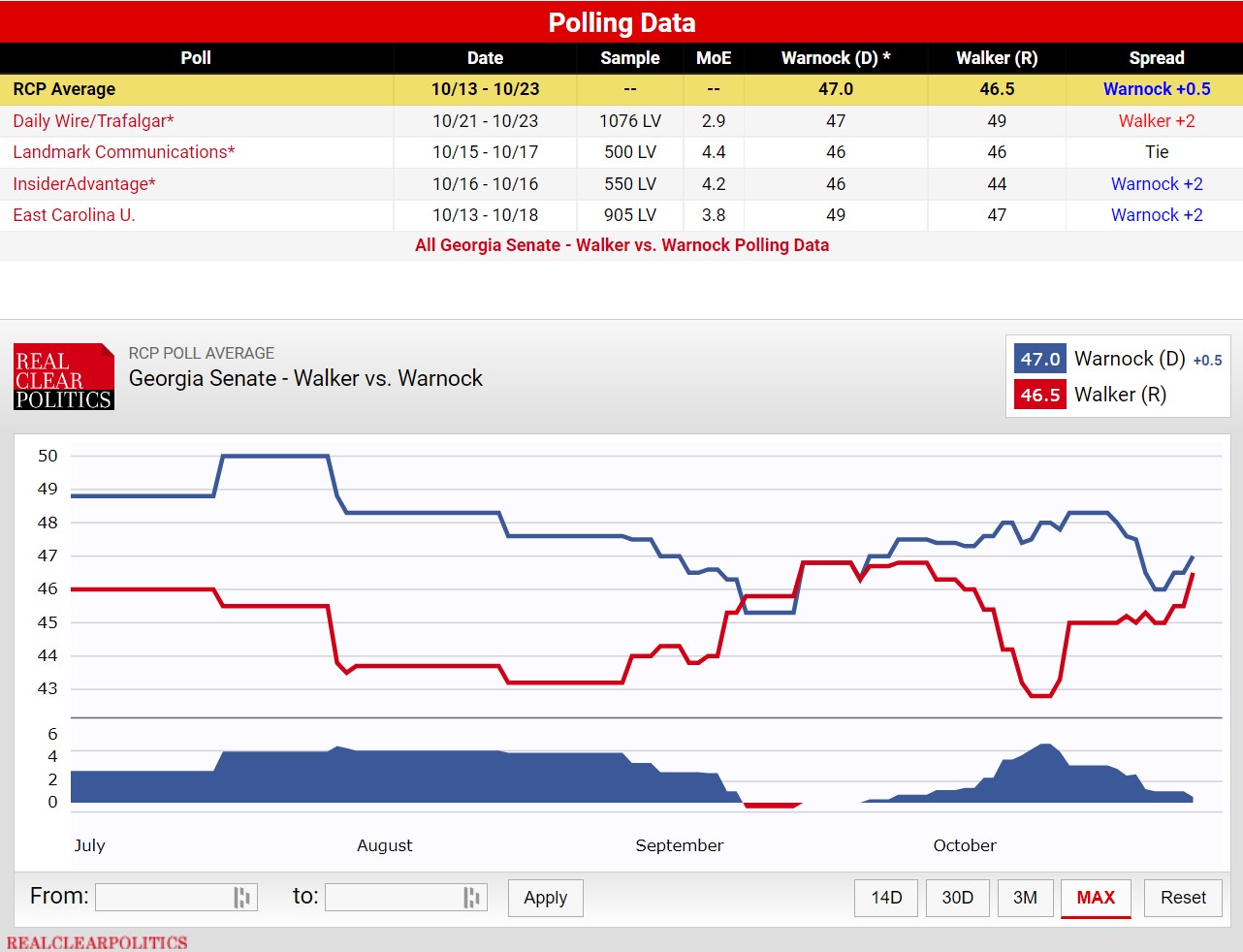 The margin between Walker and Warnock is slim. Walker is aided by his surprisingly strong performance throughout the debate against Warnock. Throughout the debate, Walker was able to show that he was up to date on the political issues he was facing, and his rhetorical abilities pointed to him being more than just a celebrity seeking attention, as a result, Walker won over many voters who were skeptical of his political abilities.

In 2020, Georgia may have voted blue for the presidential election. However, the margin between Donald Trump and Joe Biden was beyond razor thin. Joe Biden would go on to win Georgia with 49.47% of the total vote, 2,473,633 people in total. Donald Trump would finish with 49.24% of the vote, 2,461,854 people in total. In essence, the state itself is a tossup, and it’s hard to predict one way or another how the state may vote.

Despite Georgia no long being hard red as it shifts to becoming a more purple state, one area to look at is the strong finish throughout October that Herschel Walker has been able to manage. Since allegations broke on October 4th about Herschel Walker’s past, he would go on to dip between 5 points to 3.8 points below Warnock in the polls. Now, just a few weeks later, the allegations and hysteria have since blown over, and Walker has managed to recover by a total of nearly 5 points in the polling average since October 9th. A nearly 5-point swing in just over 2 weeks is nothing to turn your nose up at, and Walker’s ability to make this a close race again is very impressive for him and his campaign.