During the celebration, Brady, who sticks to a famously strict diet that excludes sugar, dairy, alcohol, and oddly nightshade vegetables, took a day off from the TB12 method and indulged in some adult beverages.

ESPN posted a viral video of the visibly altered and smiling quarterback being physically escorted past a pack of photographers after the parade wrapped up at Port Tampa Bay. Brady himself commented on the post with a misspelled message: “Noting to see her…just litTle avoCado tequila.”

Swaying down the pier wasn’t even Drunk Brady’s most notable moment of the parade, earlier on the boat ride he proved his is impeccable at any inebriation level, when he tossed the coveted Lombardi Trophy from to a boat trailing behind.

Brady aimed and fired as his daughter, Vivian, can be heard yelling “Dad, no!” in horror as the trophy sailed through the air to a pack of teammates. Luckily tight end Cameron Brate made sure the pass was completed.

One delighted fan wrote, “I think once you win your 7th title you don’t really care anymore about trophies or rings.” Following up with a jab at the Green Bay Packers QB, “This is truly drunk Brady still completing passes. No way Aaron Rodgers could do this.”

Here’s the view from the other boat:

This angle of Tom Brady throwing the Lombardi Trophy to Gronk's boat ?

WHAT COMMUNIST WROTE THIS SCHIFF PIECE? A DISCIPLINED WARRIOR LIKE TOM BRADY LOOSENS UP ONE DAY AND THE DEMOCRATS GO NUTS.
WHAT REALLY UPSET THEM WAS THE FACT THAT THIS SUPER BOWL WAS WON BY TWO OLDER WHITE MEN. AND MAHOMES FIRST NAME IS PATRICK.AFTER A SAINT.
THE GOOD NEWS IS THE IRISH RUGBY TEAM REFUSED TO TAKE KNEE FOR COMMUNISM. INSTEAD THEY SANG A SONG TO JESUS. AT THE SOUND OF HIS NAME EVERY KNEE SHALL BEND. UP THE REBELS. 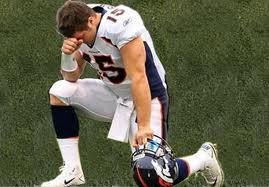 I hope Tom had a good time. He deserved a day off. The discipline and professionalism he shows are awesome. I just wished that the NFL would get back to being faithful to its base, which wants patriotism and standing in respect for the flag during the National Anthem.

Disgusting article attacking a private citizen celebrating a victory. Don’t you have anything better to do, like report in the stolen election?

He deserves a drink, or 15, after that awesome season, and his 7th Super Bowl win!!

He is having fun! At least he didn’t rape or kill anyone!

No luteing or burning buildings. But another win is worth a celebration.

The dude has won 7 titles. I think he deserves to break training and get hammered for once. It ain’t like he’s taking as nappy with a crack pipe in his mouth and drool down his face.

OR A NAPPY RICH OFF HIS PAPPY WITH A CRACK PIPE IN HIS MOUTH AND DROOL DOWN HIS FACE AND THE CCP HAVING HIM ON WEALTH AND POWER LOCK.
JOESNIFF & H.BIDEN

How many Democrats in Washington have been falling down drunk? You don’t hear about them but, let a straight up American Hero let loose once, the sky is falling for the cowardly Commie Democrats.

Liberals hate a disciplined person who is a consistent winner and leader.

WELL DONE TOME BRADY. Glad to see you get to “let down” and have some fun with the team.

Get a real job, poor journalism, do something constructive-he might hv bn just “tired” did u smell his breath, stupid!!

Why doesn’t the Fake News leave him alone. They are Jealous because he is so good and a Trump Supporter