Beloved country music icon Dolly Parton was the subject of a left-wing publication that examined the supposed “dark side” of her universal appeal, and fellow musician John Rich wasn’t here for it.

“I read this story and I thought, have these folks attacked everybody and now they’re so far down the list they have to make up an attack on Dolly Parton?” Rich said on Fox & Friends. “They talk about anti-fascist and all this other stuff, you know fascism is the suppression of opposition, but they are attacking Dolly for things she hasn’t even said.”

In Vox’s “How Dolly Parton became a secular American saint,” the publication criticizes the singer for loving everyone despite their political beliefs, and her refusal to discuss politics in public.

“Dolly Parton is beloved because she has devoted her career to standing for love. And, usefully, she is willing to be ambiguous about what exactly that love means and how much it includes people that those on different sides of the political aisle consider their enemies. But in a post-Trump America, is Dolly Parton’s love enough?” The writer posited.

The Big & Rich singer has a better question: “You talk about going off the rails? This is something else.”

Vox’s article quotes Dolly Parton’s America host Jad Abumrad saying, “There’s something very Christ-like about her,” then follows up with:  “But America in the 21st century is no time for a secular pop saint. And there’s a dark side to Dolly’s ability to appeal, Christ-like, to all people at all times.”

“First of all,” said Rich. “Dolly probably doesn’t have a dark side… But if she did, it would be brighter than the brightest bright side of any other person.” He thinks liberal media outlets “want to control not only the narrative, they want to control your thoughts.”

“If you say certain phrases or bring up certain ideas, you get kicked off platforms, but that’s not good enough for them,” he remarked. “They have to go after one of the most pure-hearted, positive, loving people in all of America.

He noted that this isn’t the first time Parton has been “attacked recently” in the media. She faced backlash for a Squarespace Super Bowl ad that reimagined her hit song “9 to 5” as “5 to 9,” which was criticized as “tone-deaf” for promoting the gig economy.

In her defense, Rich tweeted, “Anyone finding fault with Ms Dolly inspiring folks to hustle and exhaust their potential doesn’t support Life, Liberty and The Pursuit of Happiness! Only a pitiful weakling would write this article.”

“There’s a concerted effort to attack her, but they need to lay off,” he concluded.

Dolly is just passing along what we as children of Christians were taught, “do unto others as you would have them do into you”. The golden rule comes from the teachings of Christ and more simply put, “treat people the way you want them to treat you”! That means all people! Hence our belief, “all life matters”!!!

Attacking Dooly is just another example of communism, socialism, fascism at work by the dscf (democrat/socialist/communist/fascist) and it’s co-conspirators in the press. Actions totally and unforgivably in direct opposition to the Constitution and Anerican values.

The Libetard left will do/say anything for a reaction, since that’s their new platform.
“Lets see how far they can push you” method…..well they should be very careful!!

Libetards….. You should listen, and lay off!!!!

Everybody loves Trump and hates Biden, Nasty Nancy, especially Kamala and want their backsides gone.
Dolly Parton is foul of BS with all her love everyone crap

Nasty Nancy and Commie Kamala, hate maybe; Sleepy Joe, no; we pity him and fear for our country.

Did you go full retard little brain, Howie.Stfu you are an idiot attacking a great country singer who just wants to perform. She has a right to live like she wants and no pig head bullies like you will change it.

Besmirching Dolly Parton is too much like besmirching Smokey Bear or Big Bird.

They will be next 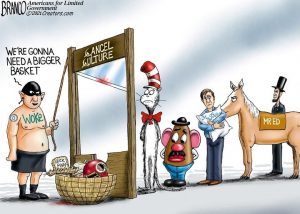 I think we all should look for the good in others no .after what their political views, religion, colors of skin, how much or little a person makes or has. Stop judging others also. I try my best to show respect towards others. I have stood hand in hand with recovering drunks, addicts just days into a half way house. We are all human and God don’t care our faults but loves all man, woman, and child. I know God would. Dolly is a wonderful loving lady. I thinks she’s right, love ur neighbors.

The democrats are upset because Dolly will not bend to them. GOOD FOR HER. They will lose the fight but she will win and they can’t stand that.

Dolly Parton as a wonderful human being. When my wife worked at the State Hospital in Stockton, California, Dolly Parton had a concert engagement there. My wife, who loved the Downs Syndrome people packed several in her van and took them to the show where they were seated down close to the stage. Ms. Parton saw them, and during intermission, came down to see each of the patients there at the foot of the stage. This meant everything to those people. I will love Dolly all my life for that.

SO STOP THE LEFT WING GARBAGE TRYING TO INSULT HER. You democrats make me sick.

Time and again “wokies” demonstrate that they aren’t content with you keeping quiet about your own ideals what they want is to hear their ideals coming out of your mouth.