Donald Trump is supposedly sensitive about his small hands, and now the internet is wondering if the White House altered an official photograph to make the new president’s hands look a little bigger.

The mystery kicked off when Observer arts and culture writer Dana Schwartz tweeted a comparison of the Inauguration Day photo — which she said appeared in the White House during Trump’s interview earlier this week with ABC News’ David Muir. 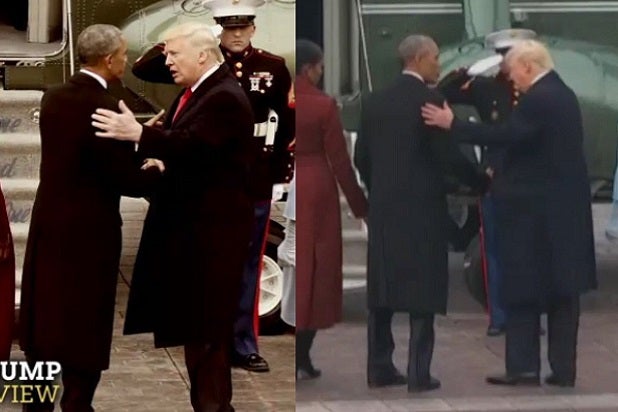 Schwartz then said she went to the original Getty Images version of the image, and compared that to the version she said was altered. That tweet appears to have been deleted.But did the White House actually alter the photo? At least right now, the evidence is sketchy at best.

First, some context. Trump batted away the accusation that he has small hands (or at least small for his stature — he’s 6’2”) during the Republican primary debates. You might remember the moment, because Trump then made a veiled reference to the size of his penis. On live TV. During a presidential debate.