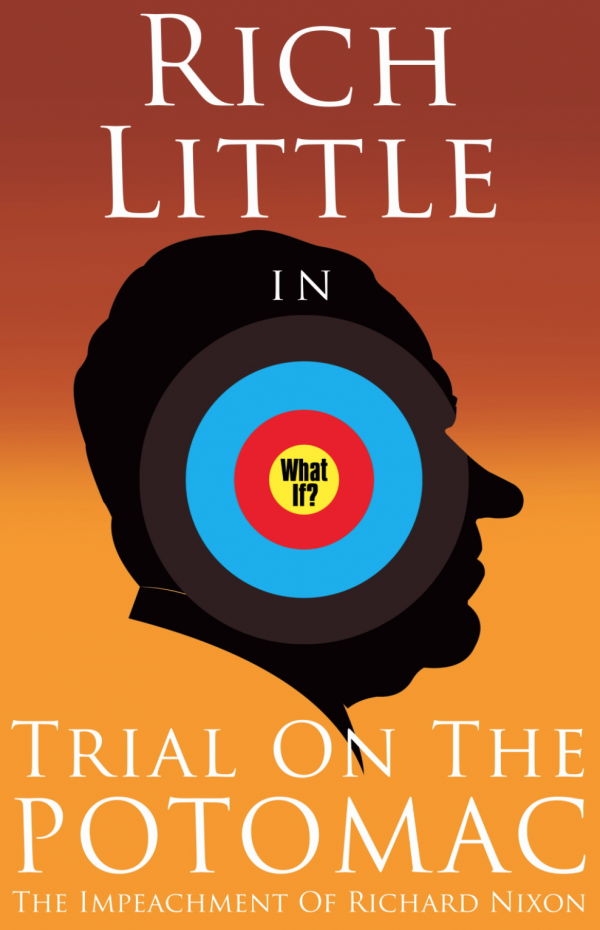 What if Richard Milhous Nixon did not resign as President of the United States in August 1974 and, instead, fought for his political life in a U.S. Senate impeachment trial?

This is the big question that George Bugatti poses in his play Trial on the Potomac. This new drama is enjoying a limited run Off-Broadway, through September 4, at the intimate Theater at St. Clement’s on Manhattan’s West 46th Street, just east of 10th Avenue.

Bugatti’s counter-history presents chilling details, all supported by documents preserved by Geoff Shepard. Esq., a real-life aide in Nixon’s White House and one of the attorneys who defended him in the Watergate matter. Bugatti’s play dramatizes ex-camera meetings among Watergate Judge John Sirica, federal prosecutors, and Democrat Congressional staffers, all designed to get Nixon.

If these events actually occurred — and Shephard’s records indicate that they did — then Nixon seemingly got railroaded procedurally, whatever he knew and whenever he knew it about the Watergate break-in and cover-up. As guilty as Nixon might have been, he certainly did not deserve the underhanded treatment that this play strongly suggests that he suffered. No American citizen should be treated this way. Due process should apply to every American citizen, no matter how unpopular he might be with this country’s self-anointed, liberal elite.

Trial on the Potomac includes first-rate acting by a solid cast. The charming Nick Mauldin stands out as Shepard, an amalgamated Nixon loyalist, legal eager-beaver, and true believer in the American system who grows increasingly appalled by what he learns.

Troy Sill does smart work as James St. Clair, Esq., an actual Nixon lawyer and Shepard’s boss. He alternates between letting Shepard run loose in his legal pleadings and curtailing his excesses, as if with a shepherd’s staff.

The cast’s most famous name is none other than Rich Little, the legendary comedian who entertained TV and nightclub audiences in the 1960s through ’80s with his impressions of hundreds of celebrities, politicians, and other notables. Little convincingly mirrors Nixon in this largely dramatic role — from the 37th president’s distinctive voice to his slight stoop, and stiff walk.

Little earns occasional laughs via Nixon’s awkward attempts at humor and his trademark double V-for-Victory hand gesture. But Little keeps things generally serious in his New York theatrical debut. Not bad for a man of 82.

Trial on the Potomac presents plenty of documents, information, and other background in 90 minutes, with no intermission. While this is a bit confusing and overwhelming, the sense that Nixon got a raw deal comes through clearly. This play gives audiences a strong flavor for the bitterness that the Left felt toward Nixon and the possibly unfair and perhaps even illegal, if not unconstitutional, lengths that they allegedly perpetrated to run him out of town.

Those who want to learn more should consult Geoff Shepard’s The Real Watergate Scandal: Collusion, Conspiracy, and the Plot that Brought Nixon Down. Totally unconnected to this show, but nonetheless highly recommended, Bob Woodward and Carl Bernstein’s All the President’s Men and The Final Days are page-turning classics on this scandal.

And for non-bitter tastes, visit Le Rivage (340 West 46th Street) for fine French cuisine at decent prices and Vice Versa (325 West 51st Street) for superb Italian specialties. Both eateries are between Eight and Ninth Avenues, a short walk from the Theater at St. Clements, and perfect places to discuss with one’s audience mates the eternal question: “What if?”

Deroy Murdock is a Manhattan-based Fox News Contributor, a contributing editor with National Review Online, and a senior fellow with the London Center for Policy Research.

Geoff Sherppard’s books on Watergate are excellent. People should rad them and see this play. It is time to slay the Watergate dragon.

this sounds very interesting for sure. I hope they extend the running so I can attend when I get back to NY the week after. Reading so much about the last 2 presidents recently i have been thinking about a personal experience back around 1986. I was attending the first Mark Buonoconti Fund dinner at the Waldorf. Every table had a sports professional sitting with guests. The event was a sports fan dream. After dinner the cocktail room was open to guests and many of the athletes remained. I remember I had finished talking to Gayle Sayers, had shook hands with Mohammad Ali and was chatting with Joe Namath. There was a lot of chatter noise.
Suddenly there was TOTAL SILENCE. It was weird so i looked around the room to see what had happened. About 20 feet to my left a group was entering the room. I looked over and amazing I saw former President Richard Nixon. He looked good and was definitely enjoying seeing the athletes and the successful find raising event for the Miami Project! It made me glad to see him enjoying the recognition that he was receiving. Today I think about what would happen if that occurred now and sadly think it would be disrespectful!