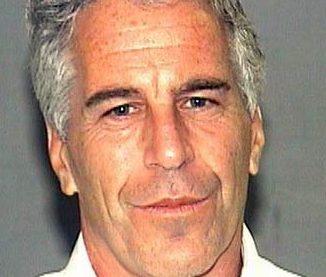 The bankroller of pedophile Jeffrey Epstein’s enigmatic fortune has been revealed to be someone close to home for associate Ghislaine Maxwell… Her con artist father.

Epstein mysteriously amassed multi millions in wealth despite having working class origins. His real estate portfolio contained hundreds of millions of dollars in luxury homes around the world, from a 28,000 square foot Manhattan mansion to several private US Virgin Islands, including the notorious 70-acre “pedophile island,” his purported primary residence.

Although Epstein only managed the wealth of a few select clients and had a fair share of business losses, he accumulated over half a billion dollars by the time of his death in 2019.

According to sworn testimony, Epstein was initially backed by British media tycoon, Robert Maxwell, who at one point had been ranked among the richest in the world.

Jean-Luc Brunel, a modeling scout and former associate of Epstein, claimed the disgraced publisher was one of the convicted sex offender’s first clients. Epstein then reportedly used Maxwell’s investment into his money management firm to make his personal fortune.

Maxwell, who owned the Mirror Group Newspapers and half of MTV Europe, died in 1991 by falling off his yacht, Lady Ghislaine. Following his death, it was revealed that Maxwell embezzled hundreds of millions from company pension funds to keep his empire out of bankruptcy.

After his death and the collapse of his companies, youngest daughter Ghislaine took off to New York and started dating Epstein. She is currently on trial in New York for procuring and sex trafficking minors for Epstein and others.

Actress Alyssa Milano was quick to call in the cavalry for help, despite her activism to ‘Defund the police,’ when she believed an armed...
Read more
Celebrity News

Cardi B is facing legal repercussions after she defamed a group of Trump supporters in Long Island calling them “racists” in multiple social media...
Read more

Looks like more investigation still no one in jail awaiting trial. No warrants to show a trial upcoming. Nothing new but showing more of the elite rubbing our nose in their money.

AU Staff - September 21, 2020 1
The actor who played James Bond's evil nemesis Hugo Drax in the classic film 'Moonraker,' Michael Lonsdale, has died at the age of 89. In...

Bears Hall of Fame Running Back Gale Sayers Dies at 77

Actress Alyssa Milano was quick to call in the cavalry for help, despite her...
Read more

UFC Fighter Comes out Swinging for Trump, President Calls him on air After Victory

Fighter Colby Covington spoke out for the President during his victory speech after his...
Read more

Actress Alyssa Milano was quick to call in the cavalry for help, despite her...
Read more