Former ‘Will and Grace’ actress Debra Messing launched an absolutely disgusting attack on President Trump in a tweet last week, saying that President Trump would become a ‘popular boyfriend for all the inmates’ in prison.

The absolutely hideous and despicable attack was merely the latest and most unhinged in a long list of insults Messing has dished out to President Trump and his family over the years.

Many anti-Trump figures have become more and more emboldened after Trump’s reported loss to Joe Biden in the 2020 Presidential election and are now dreaming of taking their revenge, in spite of the fact that litigation is ongoing.

Despite being a proud and open LGBT activist, actress Debra Messing issued a homophobic insult at President Trump, suggesting he would become a “popular boyfriend” among prison inmates.

In September of last year, Messing supported her “Will & Grace” co-star Eric McCormack when he ignited a firestorm on Twitter by publicly stating that he would no longer work with Trump supporters, and asking to be told who would be in attendance at a fundraiser for the president in Beverly Hills…

Shortly thereafter, Messing joined in on the Trump supporter hate-fest when she also demanded to know the names of those in attendance at the fundraiser, effectively supporting a blacklist against people who think differently from her. “Please print a list of all attendees please. The public has a right to know,” she tweeted.

I have a word for this disrespectful, ignorant, brain washed liberal lunatic Debra Messing….Trump has turned this country for the better trying to repair all the damage the Democrats and especially Obama has done in the 4 yrs Obama was President. If you are such an authority on who would love who in prison, then think what your changes would be if you went to prison, all the inmates certainly would love your and you would love them back. SO STICK TO JUST READING YOUR LINES IF YOU EVER GET INTO THE LIMELIGHT AGAIN AND KEEP YOUR BIG LYING BIG MOUTH TO YOURSELF. YOU ARE NOBODY.

Debbie Messedup is a typical libtard that loves Pedi Joe and all the misfits in his circle of crooks.

DOES ANYONE REALLY CARE WHAT SHE THINKS ? ? She is not high on most peoples list, guess its rather amusing for some to share with with us, tho most of us are not impressed, WE have lives, family and friends who count more than one who likes to being the center of attention for a nano second!!!! Would I watch their shows or what ever it is they do ? Not if they were exceptional in their field would I waste my time, what a boring lot these people come to be…….!!! Not impressed or enlightened just annoyed.

Messing is an ignorant FOOL that loves socialism / communism. Look at Russia & China there are only 2 classes, the haves & the have nots. Messing is a have not. To get into office the demon-crats had to lie, cheat, steal & destroy America & the economy. In the last days America is NOTHING. That’s what the demon-crats have done for America but they will need to give this country a new name – NEW CHINA.

I know she’s not a high profile actress, a sidekick at best. A big toothed hasbeen that probably would end up in the have not class. So maybe she should rethink her stand. She probably is trying to revive her mediocre tv career by opening that very large mouth of hers. Shut up Debra you’re middle class like us!

You’re being too kind when you call her “big-toothed,” Christine. Honestly, I think her big ass is her most prominent feature.

Awww,she is saying only gays go to prison. How racist and ignorant.what a bigot

First of all this person has no self respect. I don’t know whos she is never ever seen her show or whatever she comes on. Sorry you are not worth even to be called lady, cuz you are not. This lets how was she raised and definitely her background. People like her and some other so called themselves part of Hollywood or TV stars are the ones should be in. Who ever you are has no respect for yourselves, this is what you girls/ladies do outside your ( not even in jail) just to get roll in movie or show. SO, your experience speaks. You cant compare yourself with the President of USA. You stupid use your head. She is saying because she is the part of that group. (That is an insult for guy group) Guys wake up slam her, she does not deserve any respect.)

Debra Messing thinks the head of the WHO who isn’t even allowed to acknowledge out loud that Taiwan is a separate country is a leader??? I guess that tells us all we need to know about her. Good luck with living under the tyranny you are so desperately seeking, genius!

AMERICA. THIS is a LEADER.
@DebraMessing you are a weak, scared, stupid, inept, negligent, vindictive, narcissistic, criminal.
This chick is further proof liberalism is a mental disorder…

She better starts a country- free- BJs tour to fill her large mouth.

Sounds like she is a member of the Communist Party!!!!!

Debra Messedup needs to S.T.F.U.
She’s showing how brainwashed,& stupid she really is.

What a stupid ignorant person.

Speaking of “Messing”, one wonders why someone who’s MESSED UP would admit it to say someone else is? Only in Califonication!

They expect respect for being professional LIARS???
The least they could do would be to respect the person who allows them to get more people to go to the movies with more spendable income!!!
But those worthless liars can only think of themselves with the belief they are better than we are!!!
Why don’t we show them “WHO’S THE BOSS”???
They will not get a residual on everybody who goes to the theaters!!!

She has so little self confidence & self worth, Trump just sets her off, because, she knows not even a single letter in her name could ever gain any attention from Trump.
Little people always fire back with destructive words when they can’t comprehend the intelligence of Trump.
Acting is what she has always done her entire life & not good at that. I feel this is why actors & actresses are 99% liberal, because, they can’t show the real side of themselves, because, it’s too evil & acting will cover their lack of intelligence.

How they can be better than us, NO, I don’t think. They think but they are not. Definitely not better than. Dirty mind is hard to clean. Shame on you.

Try to imagine how little we care.

Beverly ! I know exactly how you feel, cause I don’t give a rat’s rosey rump what she thinks either and there are a few more like her in the H – wood. Just don’t care what or IF they think….and I think for them its tis better to be seen and thought ignorant than to not be heard at all !!!!! 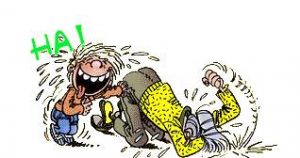 Gee I wonder what pretty teeth is hiding! Nitwit bigger mouth than Trump

And who is she and Eric McCormick to say I won’t work with Trump supporters shut the frig up.your being paid to act

Messing …..
No one gives a shit about you or your hack career and your opinion ! You are reaping the benefits of what YOUR great President Trump has done for this country in 4 years . You and your Pedo-Wood friends will be snapped into reality when Joe the Pedo Biden takes over ! Remember YOU voted for HIM !

Every libs making those comments was with Epstein and Harvey Weinstein.

Good news another Hollywood sicko I will not spend money on to see anything she appears in. Thank you SICKO.

74 million voted for Trump. Boycott this bit-h. She got on her knees to get where she at anyhow. 9 times out of 10, she is still on her knees in the Hollywood offices to get a part in either a movie or TV show.

Deborah Mess is just trying again to be relevant. These dames do this from time to time so we won’t forget them – and which side they represent.

Debra Messedup, let’s get Hitlery, O’vomit, Comey, puglosi, and mostnofbthe elected Demonrats in the grey bar hotel first. They deserve 20 years each. You are a disgusting, pompous airhead!

Please, little girl, stick to acting. You’re not real great at that – but thinking is definitely out of your realm!!!! Leave the thinking to people with BRAINS – like THIS Conservative teacher.

Has been Debra who? Thinks someone cares about her useless opinion of someone that is a far greater person than she is. She’s a hag that I’m not sure how she ever got on a tv show anyway, must have slept her way to the show with that flat boy body. Sure some guys like that. So maybe you’d be the best prison “boyfriend”!

Debora,apparently, being a liberal and living in her Hollywood fantasy world has never bothered to do any research of her own and has hitched up to the majority of the no nothings who hate Trump but don’t really have a reason except what they hear from CNN and the other networks who are water carriers for anything liberal. If we had a justice Dept. In this country there would be a lot of high ranking democrats in jail. Being fair there are some republicans who would fit right in there but the heavy majority is on the left.

God, I just want to punch her!

DEBRA MESSING IS ONE SICK INDIVIDUAL, HAS BEEN ACTRESS AND TERRIBLE HUMAN BEING

Debra the Mess should keep her ugly and vacuous remarks among her lefty crowd in Hollywood. The rest of us in America can get along well without hearing from her ever. Just go and retire and take your millions to some mountain top.

“REPORTED LOSS”?????? Jackass Trump lost at the election polls, and in every court case he took thereafter