Disney has decided to move away from CEO Bob Chapek in favor of bringing back former CEO Bob Iger. The once-good relationship between Chapek and Iger lead to Iger picking Chapek to replace in as CEO in 2020. After Iger chose Chapek to take the reins of Disney as their CEO Iger and Chapek rarely spoke. After serving as the CEO of Disney for 15 years before 2020, Iger will return to Disney.

Disney’s stock has fallen a dramatic 41% percent in 2022, and after Disney had previously offered Chapek an additional 3 years on his contract to serve as CEO of Disney, the company decided to move away from Chapek in favor of bringing back the now 71-year-old Bob Iger.

Disney+ saw an increase in subscribers by 12.1 million, bringing their total globally to 164.2 million, as Disney reported earlier this month. However, increasing operating losses for streaming services nearly doubled to $1.47 billion throughout the last quarter.

Wall Street Concerns grew, and last week CNBC’s “Mad Money,” host Jim Cramer not only called these numbers part of the “balance sheet from hell,” but also called for Disney to remove Bob Chapek from his position as CEO.

Many social media users were glad to see Chapek leaving his role as Disney’s CEO. His handling of situations such as Florida’s decision to not teach sexually based topics to children, tagged as the “Don’t Say Gay” bill, were lackluster. Chapek chose to not mention the situation, which then bothered many of the employees. Chapek then decided to pull a 180 and signal their displeasure with Florida Gov. Ron DeSantis’s bill. This put Disney under the thumb of DeSantis – and within 48 hours, both chambers of legislature followed DeSantis’s lead and removed the special tax status Disney was afforded.

Sorry, I’m too busy enjoying this. 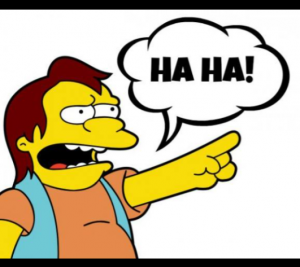