Legendary NFL quarterback Brett Favre slammed the role of politics in sports during a new interview with The Daily Wire’s Andrew Klavan.

Favre said that fans are sick and tired of politics being injected into a field, sports, which was used to be free of it.

It seems like there has never been a time period in history in which politics were more intertwined with sports, and Brett Favre is one of many people who believe the product is suffering because of it.

Favre and his podcast co-host Eric Bolling discussed some of the issues with politics in sports during an interview with Andrew Klavan of The Daily Wire recently. Favre said he has gotten the impression that the majority of fans on both sides of the political spectrum are frustrated.

Favre also touched on national anthem protests. He said he believes they have “created more turmoil than good.” The Hall of Famer claims several people have told him they simply don’t want to watch sports anymore because it has become so intertwined with politics.

I’m one of the many that has found something else to do and enjoy other than sitting around watching a game on TV.
this goes for ALL sports at all levels.

Exercise is a pyramid scheme… 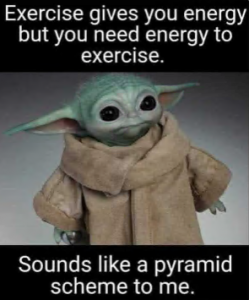 When Politics become intertwined with Sports at Any Level.Whether it is Pro or Any level.And the Players themselves participate…They Should Be Fined And Ordismissed!!!!!!!AnywayI Wont Participate!!!!!

We’re just not really a sports family. But since that turd decided to take a knee a couple of years back, we gave it up all together. ALL SPORTS.
Can’t support and enrich idiots who make multi millions doing nothing productive, all the while bashing capitalism and the country who gave them all these opportunities.
Don’t even get me started on Lebron.
They’re all uneducated/uninformed idiots.

Im glad to know there are others out there who feel the same!!

Totally agree!! Thank you!! They make me sick to my stomach!! Don’t give them a stinking dime of our money until those slime realize they are destroying the country and apologize and change ways. Even then, don’t give them a dine. Give it all to the America first people or the country done anyway. God bless America and God bless President Trump

I agree. I no longer watch the NBA because of their radical stances. My NBA money now goes some place better then supporting loud mouths like Lebron James. I no longer support the MLB because of the pulling of the All-Star Game from Atlanta because they cannot understand a BILL that has plain language about voting which are the same voting laws that are in Colorado where the population is 60 % white. I will no longer watch the Olympic Games since our athletes will kneel for the anthem. Covid 19 has taught us that we do not need the NFL or the MLB or the NBA or even Hollywood actors since none of them really represent us in life. When the world gets back to normal I will see my vision come true. And for all you NBA players that love China. They will be invading Taiwan because they don’t agree with them, Their next target is the USA and your all to dumb to know how to defend this country. Your riches are nothing to the sacrifice our military members make to defend this country so you can kneel and disrespect the flag they are fighting for and will sacrifice their lives.

Sports has become a political nightmare. Most of us watch sports so we dont have to think
about politics. I agree with Brett Favre that many people really dont want to see politics
injected into our favorite sports team or athlete.

MLB has taken a giant step backwards. I dont mind if people express their opinions, but
every individual athlete can do it on their own time. Not my sports watching time.

Sports will continue to lose the audience, if it continues. Including me.

Good position and a good choice of words by Favre. But he should have said more. He should have said that racist politics has done terrible harm to the sport as well as the country. The “modern liberal (ML)” (read anti American socialist) position is destroying a good percentage of American culture and society – which is what the ML movement actually wanted to do. The are trying, with every fiber of their beings, to destroy Western Culture in the United States – the very cultural standards of which has enabled the United States to become THE beacon of freedom in the world. As a True American, I say “to hell” with the modern Democrat social system, and “to hell” with the Democrat Party and everything it stands for. Now, if we can only wake the Republican Party up??

I used to be a huge football fan ( Vikings) was my team however I quit watching football when a has been quarterback needed an excuse for not playing verse the truth he sucked at the game now. I no longer watch any sports because it used to be away to relax and forget about the world’s problems but they screwed that up now so no need to watch anymore or buy their products. WHY does everything have to involve politics or racism. I firmly believe racism was at an all time low but now between Biden and all the other idiots it is turning again towards racial injustice. WAKE UP America Biden has always been a racist and always will be he didn’t want his kids to go to school in a jungle remember and was friends with the grand wizard of the KKK which personally I give as much support as the BLM which also survives because of racism just look at the houses the co founder just purchased then tell me she isn’t in it for the money and power. They are all laughing at us on the way to the bank.

I have never missed the televised Olympics. I used to love NfL football.Now for the for time in my life I will not watch the Olympics. In ancient times all athletes were given safe passage throughout Greece to proudly compete and were then heros to their village and towns. If the Flag and Anthem of your Country is demeaned by its Olympians that action should remove you from the team. The athletes doing this are despicable . They are totally ignorant of the concept the Ancient and until now modern Games represented. The athletes are not worthy to be called Olympians. They are no more than pawns of the Marxists and Socialists bent on the destruction not just of this Nation but across the world where Western Civilization with all its beauty and flaws is falling before our eyes.

Well said. If an athlete can’t stand for the flag of the country they’re representing, then leave that country or stay home!!
I’m sick of seeing people trash our country and then get recognized for it. How sick. It’s time we who love our country and love what is morally right stand up for it. If not the few distorted idiots will destroy everything that make America great.

Brett is telling you the real truth about sports and too much politics and/or better way too much govt. control, power and corruption. Just ask your self are you better off now with Joe and Kamala in the WH?
You have to be either ignorant or maybe part of the problem to agree with the Democrat’s socialist ideas or plan. It is not incompetence but planned and most Americans will suffer while the Democrat swamp and China will prosper.
Proud Veteran & Patriot

Totally agree!! All Americans must wake up before it’s too late. Thank you for your service.

It goes back to the old adage of the two thing you should never talk about is politics or religion, it seems the democratic communist party breaks that rule for that is all the want to talk about in a negative way.

Thank you Bret for calling an end to the politics in professional sports. It is getting to the point that I don’t even want to go to a game or watch on TV. The All Star game out of Atlanta is a prime example of this nonsense. Both advertisers and athletes need to get out of influencing the games. I personally boycotting all those companies who cause conflicts in sports as well as take their products off sale to be “woked”.

Thank you!! I will try harder to do the same as you. God bless you and God bless America.

Amen. I don’t watch any sports now. I used to be a junkie. Emptied my Draft Kings account and closed down my fantasy football league. I have more time now and devoting it to work with the Republicans to stop the democrats from destroying this country. i don’t watch college either as they want to force trans women wannabees to unfairly play women’s sports. We have to up our games. Go run for local elections. run for the school boards. Our schools are crumbling. Evil is winning right now in the only game that matters. If you don’t want to live in a socialist tyrannical world I suggest you either run for office or work in our elections to stop future steals.

As long as ignorant white people buy the false narrative, an Obozo creation, the downward spiral will continue across the board.